Do you remember what happened to your best friend from school when you were in the 7th form? He was sort of a little bit “Uncle Alex” in a school of uncles and other ‘alike’, but he was special. 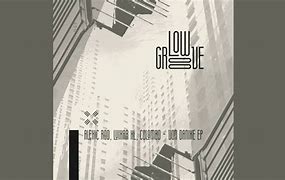 Well, I would like to tell you about one Alex who was a very polite fellow, with very good manners, who wanted to follow his dreams, instead of being a sheep, just like everyone else. So he got on very well with the people, not only girls but boys, and it was for all intents and purposes that he did not fit in, but he fit in. That is how he made a career for himself.

I had never heard of him before but I know he worked in a care home or hospital somewhere and I guess I knew him because he would come round and chat with me at my house on the weekends. That is until he started asking me to come round to his house so we could have a cup of tea or a cup of coffee and so on. Then suddenly I was totally obsessed with this guy who had worked in a hospital for so long, which I really did not know much about.

Then one day a friend of mine from work introduced me to a man she knew, an ex son who had also worked in a care home. He had a daughter of about twelve, who went to a very nice boarding school, which was about six miles away, where she played tennis and played games with the other children. We would have tea and then, once or twice a week he would bring her over to my house to meet his daughter.

The reason why he could never get round to seeing his daughter, the care home was so far away, that is why I didn’t even know about him. Anyway, I was totally taken by this Alex, who was very nice and polite, with a lovely smile and a big heart and the lovely way he talked about his daughter.

So I started asking the girl, “Do you know Alex?” This was a strange question, but she said yes, “but he has only come round the last few times and I think I might be too scared to talk to him again”.

So I asked the girl who the care home was, and she said it was very close to hers and she would have to take me there some time. So I rang up the place and found out the truth, and I was very impressed that he was a nurse, and I mentioned this to the girl and she said, “Oh I know, I can take you”.

She took me to the place, it was a lovely schoolhouse and it was Alex who worked there, who I had seen on a couple of occasions and it turned out that he was a very nice and friendly gentleman. So I had just met the face of my childhood hero.